It's the middle of the night, and you get a call from a close friend asking you to bail him or her out of jail. Since you don't have the money to pay for the full bail amount, you are asked to find a reputable bail bondsman. By going through a bail bondsman, you or your friend will only have to pay approximately 10% of the full bond amount for state charges and about 15% for federal charges; however, as the person that signed for the loan, you will be responsible for the entirety of the bail if your friend skips court. Because of the large responsibility associated with posting bail, you should ask yourself these 3 questions before agreeing.

How Well Do You Really Know Him or Her?

Before rushing off to find a bail bondsman, you should really consider how well you know your friend. Is this someone that you have known your whole life or simply someone that you have met in the past couple of years? Do you know what he or she has been charged with, and the circumstances surrounding the charge? Are you well aware of his or her character? Think back on the moments that you've shared with him or her to determine what his or her personality or character may be. Take into account that people change with time. Has your friend gone down the wrong path since you last saw him or her? And, is he or she constantly getting in trouble with the law?

If at any moment in time you feel uncomfortable with who he or she is becoming as a person, you might want to rethink posting bail for him or her. Consider your friend's reputation and whether he or she is a reliable person. Since you are taking a gamble based on someone else's character, you definitely want to make sure that the odds are in your favor.

Do You Live in a Different State or City as Him or Her?

As you will be held responsible for paying back the entirety of the bail should your friend skip court, it's important for you to determine whether or not you will be able to keep an eye on him or her. Bail can be rather costly. To give you a better idea, the average cost of bail for felony charges is $55,400. You definitely do not want to take any chances, so make sure that you can make sure that your friend shows up to court on the right date and at the right time.

To do so, you should consider whether you can reach your friend easily. In short, most bail bondsmen recommend only posting bail if you live in the same state or city as the person you are trying to bail out. If you live in another state or city, it can be very difficult to keep track of whether the person you are bailing out makes it to court on time. Keep in mind that even if your friend fails to show up to court on the scheduled date because they slept in or forgot, you will automatically be responsible for paying back the entire bail amount.

Does He or She Have Strong Ties to the Community?

If your friend has strong ties to the community, then there's a better chance that he or she will go to court on the scheduled date and will not be tempted to flee. This includes whether he or she has a stable job or employment history and whether he or she has family in the area. For example, someone who has held a stable job for years will be less likely to flee. In fact, experience has shown that those that are more invested in a community are generally going to be less likely to flee.

If you're unsure of whether your friend has strong ties to the community, you can ask several bail bondsmen for their expertise. As they have a lot of experience handling these cases, they should be able to give you a good idea on what to expect. 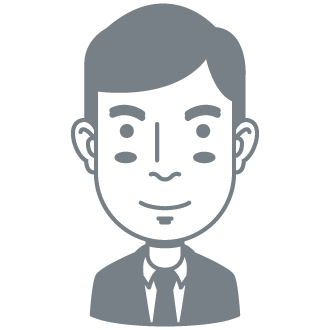 Hi there, I’m Doug Runalo. I would like to welcome you to my site about loan consolidation. When I was first starting my career, I landed myself in hot water by taking out too many separate loans. Each of the loans required a different minimum payment to avoid going into default. I was using nearly all of my paychecks to keep the loans afloat. To establish a healthy payment plan, I chose to consolidate the loans and pay them off that way. I want to help others learn how to consolidate loans and keep them from going into collections. Please come by again soon to learn more.

How To Qualify For A Bail Bond Without Property Collateral
1 July 2020
If you've been arrested, your foremost concern will likely be getting back to work as soon as possible. It's not just about the money. You've worked h …

Choosing Your New Checking Account
27 November 2019
Having a checking account may be something that many people take for granted. However, there are some important variations between the checking accoun …

Including Passive Income In Your Investing Strategy
22 October 2019
There are many options and strategies that you can follow to help increase the return that your invested money is providing. Including passive income …